Based on the problems studied, the researcher took the type of qualitative research, namely the type of research conducted to analyze the abilities of elementary school (SD) students in the cognitive, affective, and psychomotor domains without making changes, additions or manipulations to existing data. This research was conducted at SD Negeri Kunciran 05 Tangerang, which is located at Jalan H. Jali No.Rt 01/02, RT.001 / RW.002, Kunciran Jaya, Kec. Pinang, Tangerang City, The subjects in this study were all students of grade II b SDN Kunciran 05 Tangerang, totaling 23 students and female students. Based on the research results obtained in the field, that in terms of the ability to solve questions on science material, the average female student is higher than the ability of male students, namely 58.27%: 55.13%. Then in the ability to solve counting questions, female students had a higher average ability than male students, namely 55%: 39.25%. In the ability to solve questions with stages C3-C4, female students have an average ability better than male students, namely 30%: 10.5%. This is in line with the opinion of Rosa (2015) which states that the ability to solve problems in the form of women's theory is higher than that of men. So, from the statement of the research results above, it can be concluded that the abilities that a person has achieved are the result of the teaching and learning process which results in changes in cognitive, affective, and psychomotor abilities. Learning outcomes are obtained by students after the learning process is indicated by the test scores given by the teacher after completing the course material. 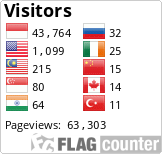