Students as the social status of someone who has received formal education at the tertiary level are agents of change whose presence in society is eagerly awaited and they are expected to contribute to the development of progress in a region or country in all aspects. However, unfortunately there are many students who do not realize their status as someone that is highly expected by the community so that they all seem to be alone in carrying out their studies and are less interested in completing their studies. This research is a qualitative descriptive study using the literature share method. This data analysis is obtained from the analysis of books and journals and other articles. The results of this study indicate that equality in an educational perspective must include two aspects, namely religious and social normatives. In addition, the analogy of the concept of self-propagation, the first is magical awareness, the second is naive awareness and the third is critical awareness. Critical education will make students active subjects of learning. According to him, the concept of awareness needs to get appreciation, because recently education in Indonesia has begun to experience a crisis of awareness, both awareness of the nature of itself as a student, and of its responsibility towards society in general. 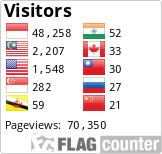