Television is a well-known telecommunications medium that functions as a receiver for broadcasting moving images and sound, both monochrome (black and white) and color. ") From Latin, so that television can be interpreted as" a long-distance communication tool that uses visual or visual media ". Behavior is a group of behaviors that are owned by humans and are influenced by customs, attitudes, emotions, values, ethics, power, persuasion, and genetics. In sociology, behavior is considered something that is not addressed to others, therefore behavior is something that is not shown to others and behavior is a very basic human social action. 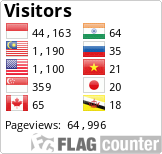