Everyone wants good character, noble morality, to attain happiness for himself, in life, religion, society, and nation. Therefore, various efforts were made, including the character coaching efforts for the students, as the next generation of religious and national struggles. The ideal character is the the rightmost character who always obey the religious values he believes, the norms that are the basis of community life and nationality. The result of the ideal character, growing compassion, respectful respect, security and tranquility, motivation to realize the life of a happy world and the hereafter. The problem is still a group of people who can not realize the ideal character, causing stress, resulting in the behavior of corruption, collusion, nepotism, pungli, liquor party, drugs, sadistic, murder, student Tauran,  Radicalism, terrorism. This study discusses the students ' coaching efforts to face the influence of globalization, so that it can run the character Idel on oneself, and not be guided by the suspected phenomenon of alleged character in some groups, Whether it be, rulers, politicians, civic organizations, students and other youth groups. The method used is a qualitative, descriptive method, using observation sources, documents, scientific books, Interent. The results of the study became a reference to realizing the nation's expectations, the creation of students with noble, spiritual and cultural character, in the series of societies and nations that are just and prosperous. 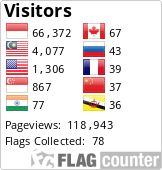