There has been destruction on this earth both on land and in the ocean as a result of the act of human hands (Al- Qur'an, Ar-Rum; 41). Floods, landslides, forest and land fire which are the result of illegal logging, land burning,  forest encroachment are clear evidence of fragments of the above verses of the Qur'an. Though man sent by God Almighty Allah as a leader of the earth who should take care and sustain the environment, and Muslims in particular are assigned as a mercy of the universe (rahmatan lil alamin). Seeing this situation, it needs a Muslim who can be a transformer, driver, accelerator, trigger, and protector to guide human in maintaining and utilizing the environment wisely. On the island of Lombok, socio-culturally in which the figure of Tuan Guru as is the informal leader that considered will be capable of carrying this heavy task. Tuan Guru Haji (TGH) Sibawaihi is a figure who considered has the ability of being the Muslim Scholar (Ulama) who plays an important role in environmental conservation, especially in Lombok Island. This is because he has a complete Tuan Guru type which considered as the requirements of being Environment based da’wah, he has the type of Tuan Guru intellectual, Tuan Guru Pesantren, Tuan Guru Guru Panggung and Tuan Guru Tarekat. Besides, he is also well known as a Tuan Guru who full of motivation and strong on act, innovation and smart on concept, inspire and transform the social-culture life. Lastly his philosophy on concept and act is based on Qur’an, Hadits and the full of fear of almighty Allah SWT. 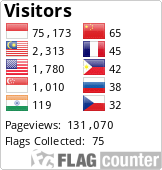