Cognitive ability is a child's ability to think more complexly and to reason and solve problems. In early childhood, especially children aged 6-5 years, aspects of cognitive development that want to be developed are mainly in the ability to think critically, logically, give reasons, solve problems and find causal relationships. Stimulating children's cognitive development naturally can be done with simple science experiment activities. In addition, children's cognitive development in the learning process is also carried out through the use of learning media that allows children to participate in interactions such as science learning media. Efforts to develop children's cognitive abilities through science learning media should be carried out with appropriate steps, such as planning, preparing and carrying out learning activities according to children's characteristics such as conducting simple experiments so that they are expected to recognize and know simple science concepts. 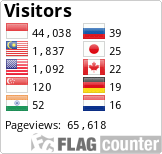