Some people still consider that among their children if they are able to earn their own income, then they are considered to have the capital to be able to get married without having to look at age and other factors. This is why we still see the number of early marriage or merariq Kodeq in the midst of society. This paper examines in depth the role of da'wah in suppressing the very high number of early marriages in Lombok precisely in Desa Sekotong Barat. This research is a field research using a qualitative approach which is research that has the purpose of documentation, identification and deep reinterpretation of world views, values ​​and general characteristics of a person or group of people about life events, life situations and symptoms another humanitarian case. In this study it was found that the role of da'wah delivered through the majelis taklim and the studies conducted in Desa Sekotong Barat was able to suppress the high number of early marriages or merariq Kodeq which were getting higher and higher which recorded that NTB was the second highest number after Gorontalo, especially West Lombok in the NTB Province 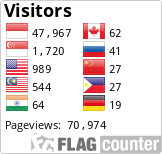