Based on KPAI data, the trend of violence against children in education in 2018 has increased. Of the total 445 tapes, 51.2 percent or 228 cases were cases of physical, sexual and verbal abuse. In addition, child abuse also occurs at home. Acts of violence against children are carried out on the grounds of disciplining children. Violence experienced by children can have a prolonged psychological effect on him. The discipline of planting does not have to be done with violence. This then encourages the writer to make RODA (Rotating Education Game) as a learning medium to instill discipline in early childhood. This research uses a qualitative R&D approach, which is research that is used for certain products and tests its effectiveness. RODA is a colorful learning media and has a funny character so that it can stimulate children's memories from being disciplined in childhood. According to Albert Bandura this learning is called modeling. Thus it can be concluded, With the existence of RODA as a media for the formation of a disciplined attitude in early childhood, it can facilitate teachers or parents in the formation of a disciplined attitude so that they can help older children have discipline in carrying out their daily activities. 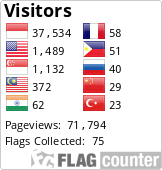